Welcome to the home of North Central High School Panther Latin! Here you will find all you need for Latin Club and Latin class.  You will also discover why, as our one of our past t-shirts proclaimed, we are truly cooler than a mullet! 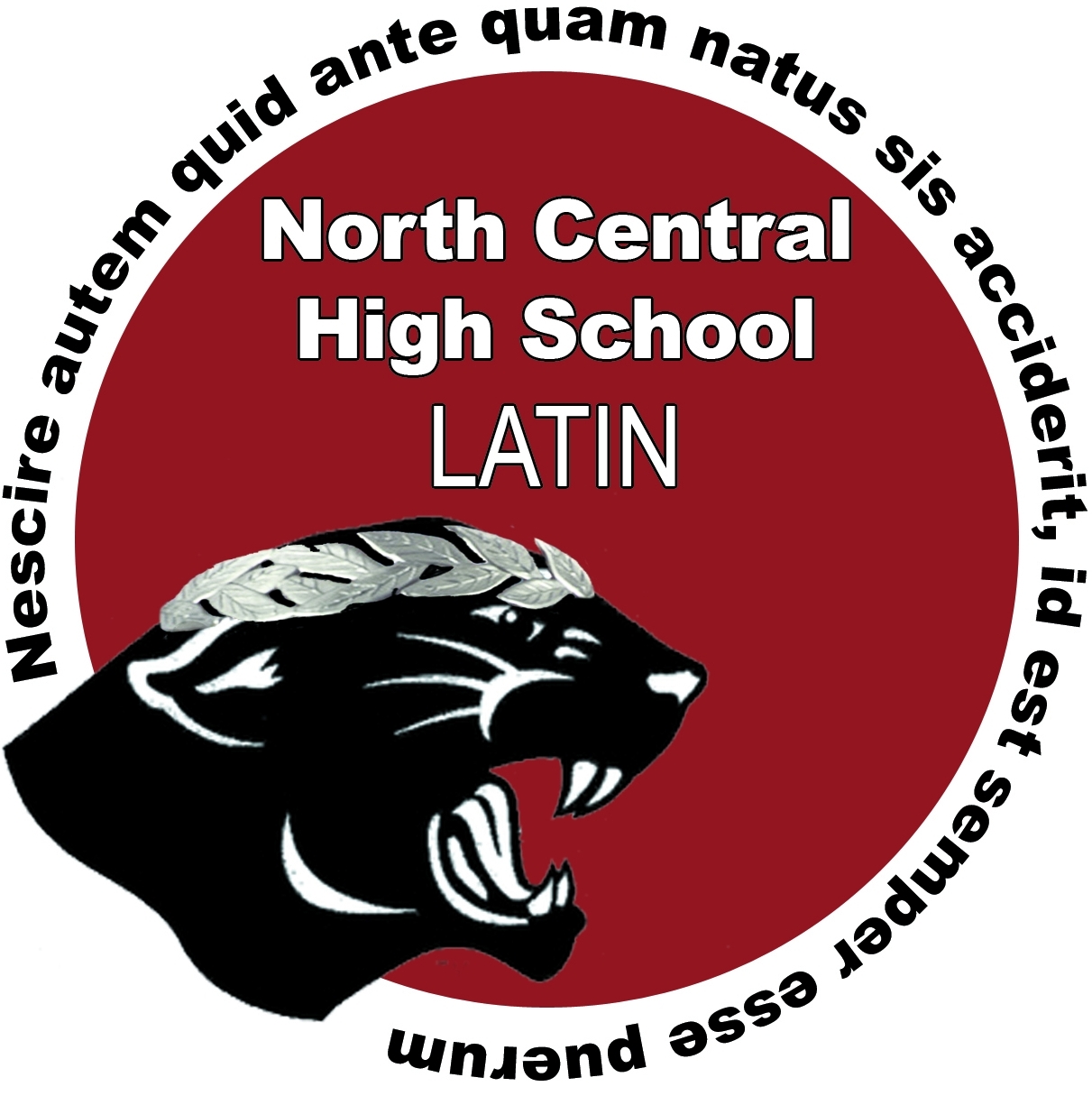 Awesome Latin songs from an NC student and her dad!

Reading the War on Poverty

This Is Latin Video

Click on our logo for all the best Panther Latin products!  All proceeds support our Latin Club.

"The investigation itself of very important and at the same time quite obscure matters holds pleasure.  If indeed it happens that something like the truth is discovered, one's spirit is filled with a most human pleasure."

[W]e ought to have been brought up in a particular way from our very youth, as Plato says, so as both to delight in and to be pained by the things that we ought; this is the right education. (David Ross, translator)

Cicero and Vergil, you could quote

It left us stunned. The only antidote

To poison in your flesh was blessed words.

No other good thing comforted you when

Gathered its wings to fly. The deaths of men

Can be as silent as the moon's eclipse,

Spectrally speechless as fields after battle,

Loud as the riven sky's apocalypse

With thundering noise--or mindless as a rattle.

Benson, your answer to encroaching dark